This summer I made a two-week visit to Sicily. What a great landscape and people. And such great light and colors, indeed.

It is a true privilige and blessing that artists have the best excuse in the world for finding inspiration: the study trip. Just like Paul Klee did in April 1914, when he visited North Africa – “the Tunis trip” – with his friends August Macke and Louis Moilliet; a two week trip “that left an undelible mark on his artistic work – a new encounter with light and color”.

Let me share a few impressions of my Sicily trip. 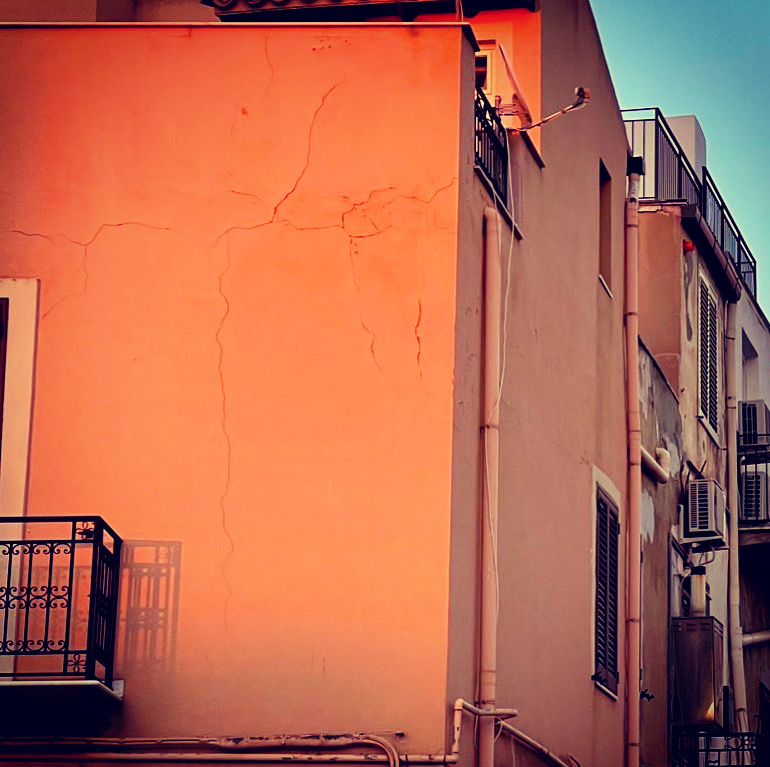 Agrigento. But it could be anywhere in Sicily.

Just look at the color of a simple salmon-pink plastered wall in the evening sun. And also, at noon the stark blue of the sky with absolutely no clouds is breathtaking. Those who are familiar with the Mediterranean take it for granted. But for me, as a North European, it is mesmerizing. The colors and the summer temperature, the smells, the sounds, the vastness, nature, life … Such a bless if you can live in this country. 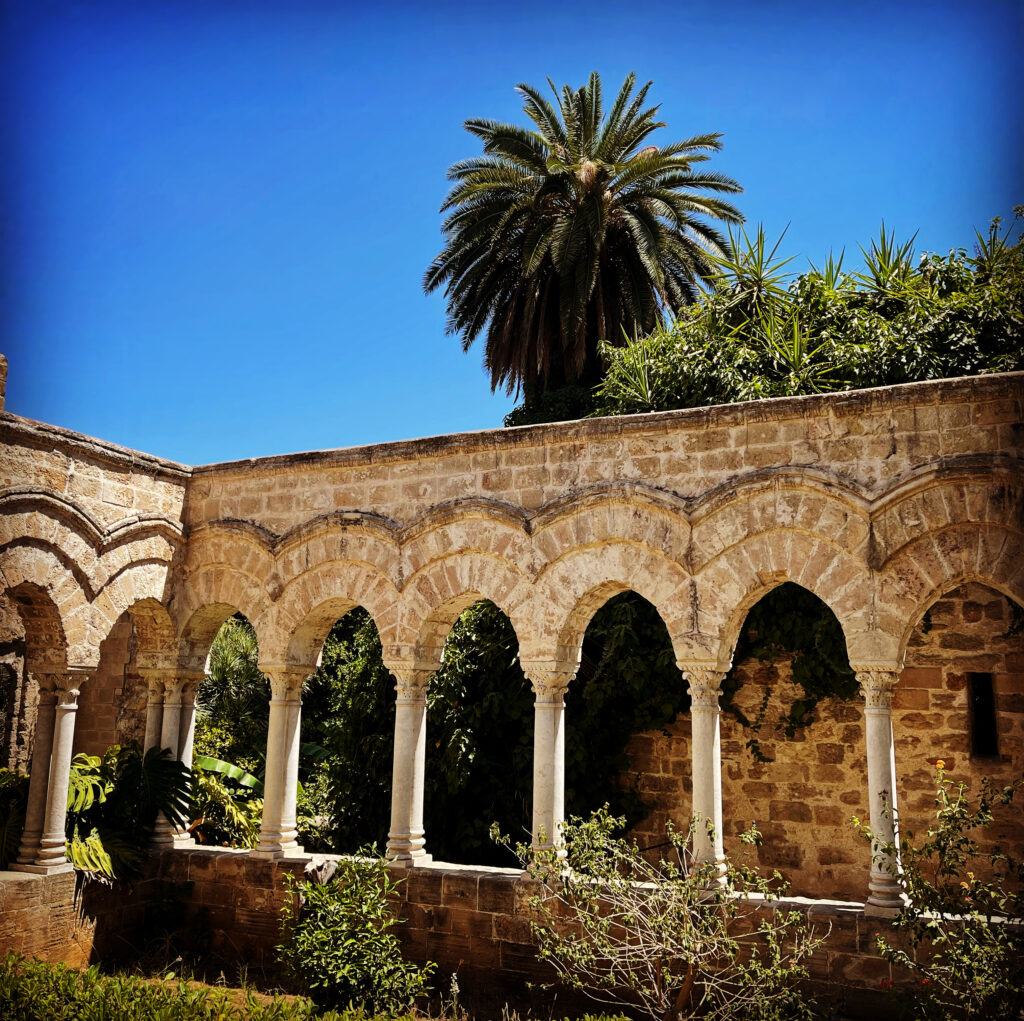 The heremits. Can you imagine, being a philosopher in the old days, walking aroung in this garden? Doing your thinking. In the cool of the large stone building. Even today. Modern city sounds in the background, but not disturbing. Birds flying. Now and then a cheer from the street. Every quarter the bell of the clock. And silence. 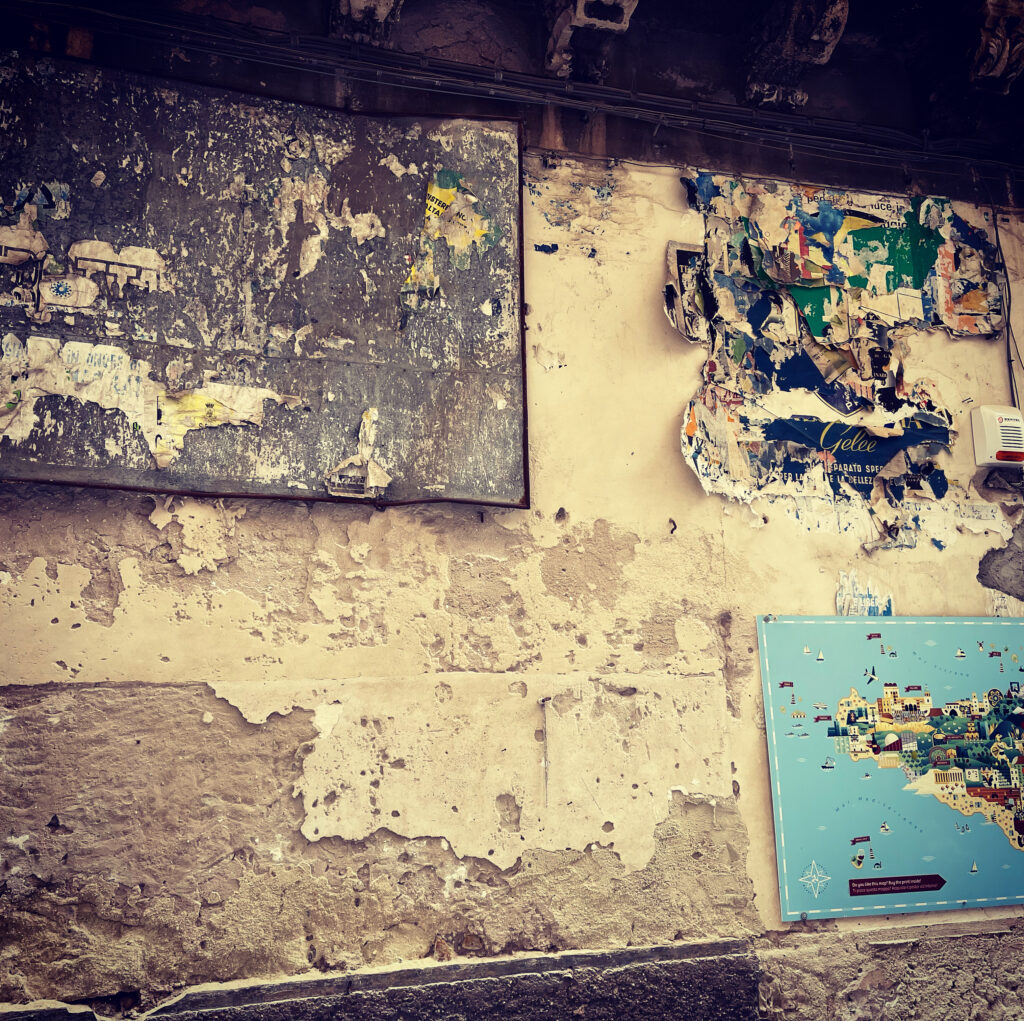 Syracusa, once the city that heroically beat the Athenians in 413 b.C. during the Peleponnesian War – the beginning of the demise of Athens. Yet, today poverty lies thin at the surface. But Sicilian people have found ways to deal with it by going to the core of what life is supposed to be … being together. 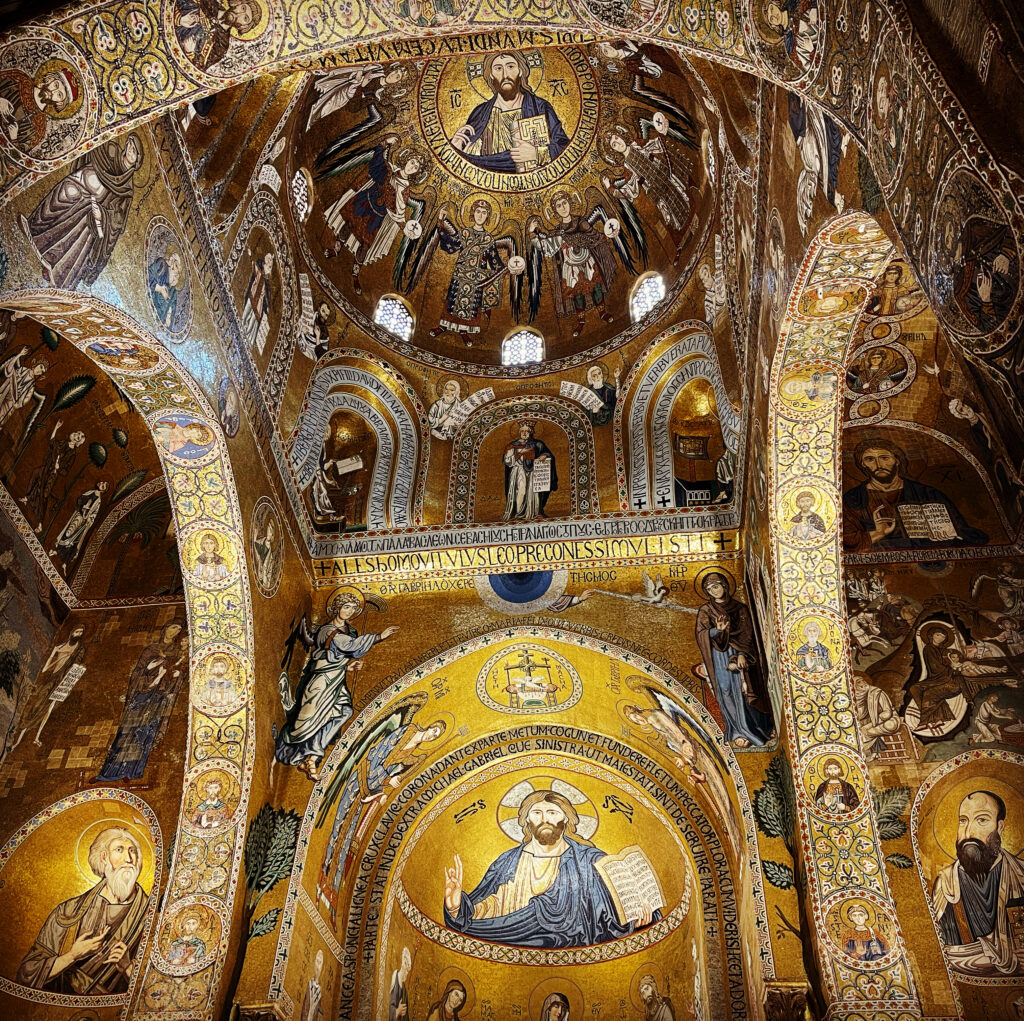 So, you were a king, a powerful cleric, whatever … and then you spent lots and lots of money and resources on, on decorating your church, your chapel. Right, art was realistic art in those days. And strictly coded. And strictly limited. But nevertheless inspiring. Because it had a divine touch. It brought you closer to … God in those days, and today … ? Are we, today’s artists capable of creating that magic? Another kind of magic? A better, more helpful reality, maybe … a new mind model? 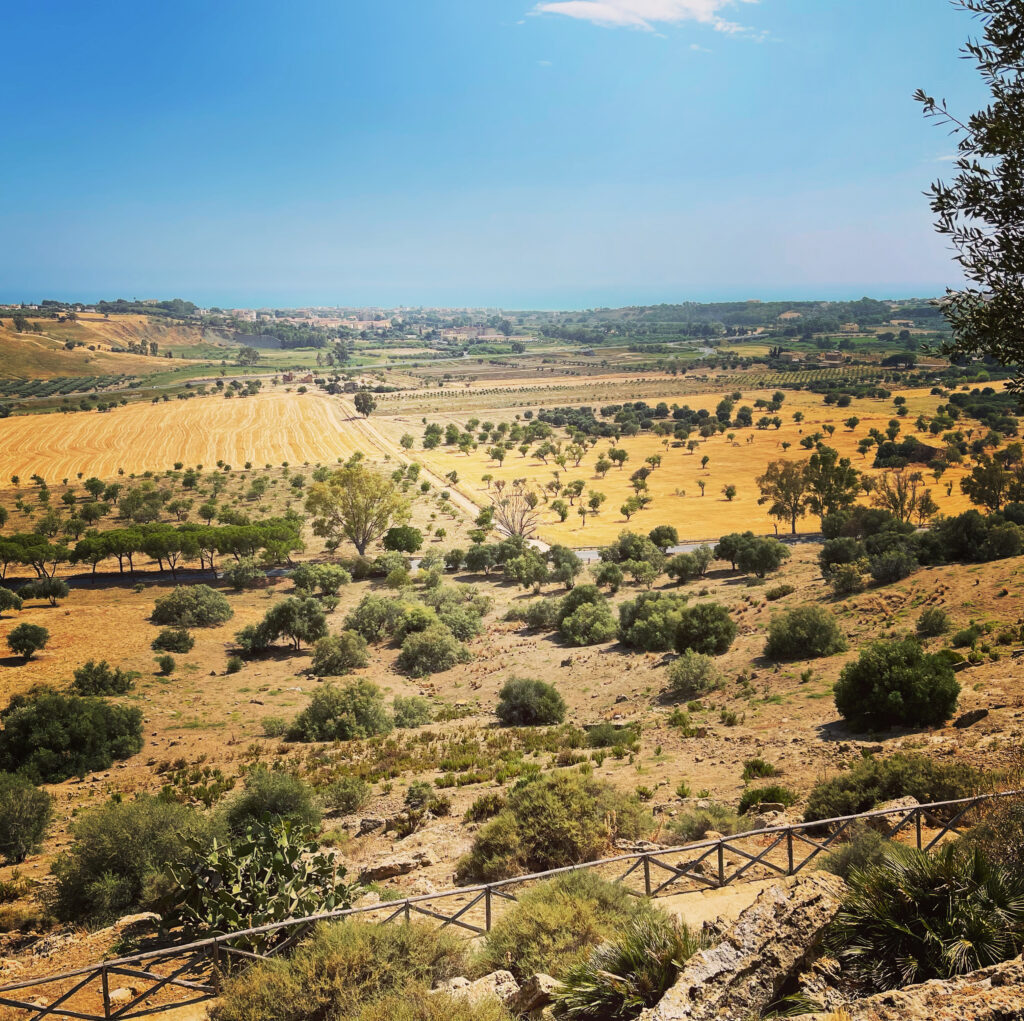 “Who’s afraid of yellow, green and blue” The countryside near Agrigento.

Again, could be anywhere in Sicily. Made me think of “The Harvest” (Arles, France, june 1888) by Vincent van Gogh:

You can almost feel the dryness and heat in this painting of the flat landscape around Arles in the south of France. Van Gogh combined the azure blue of the sky with yellow and green tones for the land to capture the atmosphere of a summer’s day. He worked in the wheatfields for days at a time under the burning sun. This was an immensely productive period, in which he completed ten paintings and five drawings in just over a week, until a heavy storm brought the harvest season to an end.

Yes, that’s exactly how it felt, but in Italy.

So, will Sicily leave an undelible mark on my artistic work? Yes!

How? It’s too early to tell. I’m still processing.

But … it will definitely have to do with creating another kind of magic, a more helpful reality.