Skip to content
Reductionism in Art and Brain Science

Reductionism in Art and Brain Science

Reductionism in Art and Brain Science

I have always – at 16 years old, I had this intuition but could not put it into words properly – believed that reductionism in the brain is the most important mechanism that determines how we function. Simply said, I believe, that reality is too complex for our simple brain to comprehend. By the way, an equally frequent mechanism is that the world around us is too frigthtening and threatening, and we just can’t deal with it. To make sense of the chaos or to flee the threat, the brain develops its own reality, a model – a “mental model” – of the universal reality. So, we live in our own simplified reality that we create, rather than in the overwhelming complexity or fright of ‘real’ reality.

This is how we make our wise decisions, and our foolish mistakes.

So, I have high expectations of this work, because of my interest in art and my interest in brain science. But, more than that, also because, like C.P. Snow, I am a strong advocate of bringing the sciences, esp. theoretical physics and brain science, and the humanities, esp. psychology and art, together. 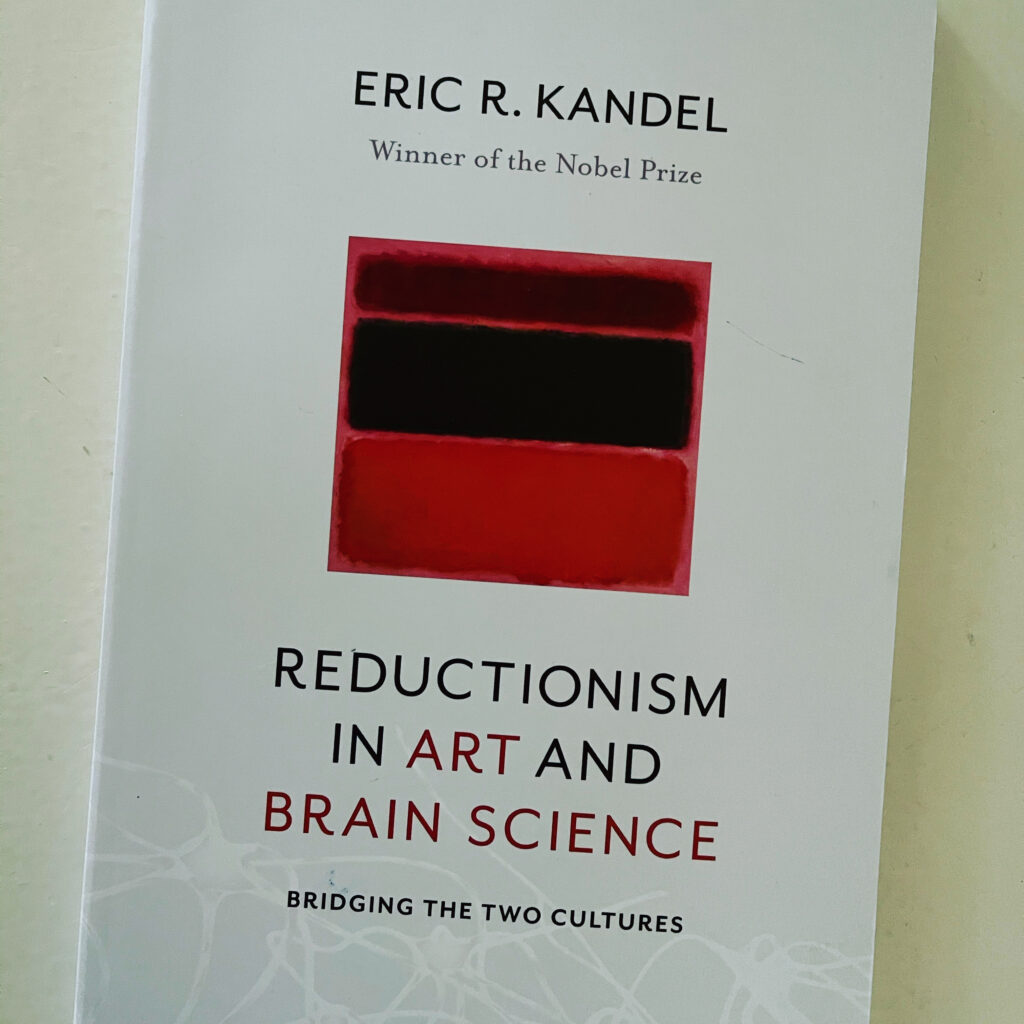 To paraphrase Snow, I do believe, “to advance human knowledge and to advance human society, scientists and humanists must find ways to bridge the chasm between their two cultures”. According to Kandel, reductionism as a way of working in both contemporary art and modern brain science can be the starting point.

By the way, does this mean that I am a fan of Rudolf Steiner and anthroposophy. Yes and no. I do support the original idea that when we educate our children a focus on the sciences and the humanities combined is important – which is what most schools do, anyway, although often the sciences are seen as much more important than the humanities. I do not agree with – esp. later – interpretations of anthroposophy, where the thinking gets highly ‘spiritual’, and not very scientific. Such interpretations of anthroposophy, in my opinion, created too much their own speculative mind models.

Why is it important that the sciences and the humanities get united more? Let me give two examples.

First, in business I have often seen the techies build all these beautiful technological solutions, only to get overruled by the business leaders who mostly have a law, economy or other not so technical background. There seems to be a lot of misunderstanding between these two cultures. Companies who succeed in bringing the two groups together in mutual understanding usually are more successful.

Second, artificial intelligence has real and far reaching consequences in terms of esp. law and ethics in our society. We would be much better of, if the technical and political groups would collaborate more. Today, techies often ignore the ethical consequences with sometimes dramatic consequences. The political leaders usually understand nothing about the workings of the technology, which often leads to totally wrong decisions.