Yesterday, I have completed my very first physical artwork, On the shoulders of Davinci No. 1, 2 & 3, (Ecce homo).

The original idea was to create a Jheronimus Bosch like three-part tableau, sized 276 x 82 cm (incl. frames), creating an impressive canvas with three times the vitruvian man shining through – obviously demonstrating visually that there is no Blank Slate in art – at the same time being a tribute to Leonardo Davinci. And now that I see the end result, I can say, it works!

But, now that the work is finished, it is also much more than that. Due to its size and pale coloring, and the vitruvian man of No. 2 so explicitly notable in the middle, the entire artwork creates a certain transcendent, almost religious atmosphere. The whole thing has become much more staty, noble, majestic alsmost, than originally intended. It has a certain timeless grandeur. 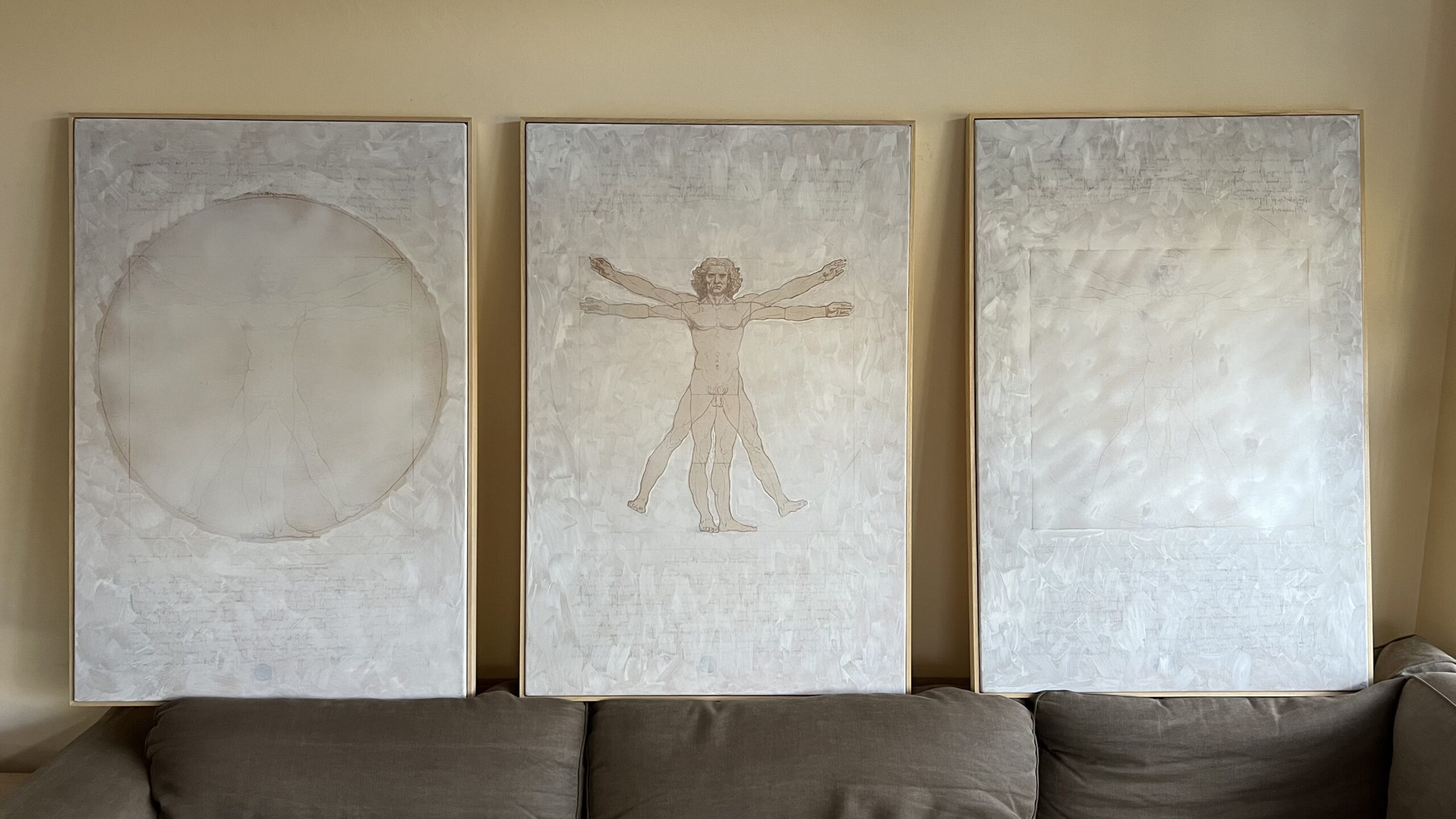 Also, it beautifully reflects my intention to expresses in my artworks the messy mixture of our daily reality, our self-created realities and a new, dawning reality:

In this interpretation of the real, physical artwork (not: the ideas I had and the digital studies I made earlier) it almost becomes an ecce homo artwork. Maybe, that is a good subtitle.